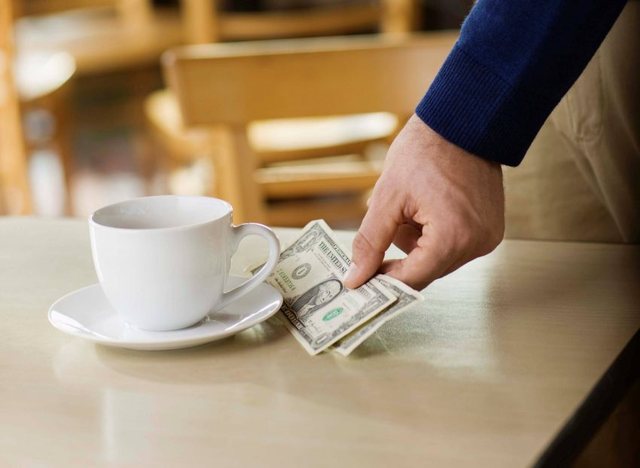 If you are in the group of people who like to eat out (who does not like it?), You know quite well how much the total cost of tips you leave from one bar to another can go. If you order a sandwich for 200 lek, adding water (or worse a Coca-Cola), taxes, tax and finally a tip, the bill goes to 500 lek. The best thing you can do to reduce the cost of your wallet is to break this "rule" after eating. And to do that, it's good to give up tips.

There is a reason for this. According to a recent study conducted in America, it turns out that many people " make a big mistake when it comes to tips"   - consider it too much after tax. Experts point out that the tip is the appropriate percentage for the service you received (suggested 15-20 percent), calculated in total as much before tax.

Restaurants in America and Canada, but a good part also in Europe, have an obligation and explain in their bills the percentage of tips for each of the defined levels - 15%, 18%, 20%, after receiving the total amount from you - because this is also the reward of the waiter. The tip may be counted on the invoice, but it is always highlighted. Luggage holders are given one to two US dollars per suitcase, while room maid 1 to 2 dollars per night. The taxi drivers tip is 15 percent.

According to experts, this is nothing but a clear indication that before giving tips, you should look carefully at the bills, because the tip is calculated within the amount requested in the invoice. But most of us spend years eating out and never think seriously about it.

Well, now that I know, can you give a figure of how much money a year you can save just by seriously considering tip work?