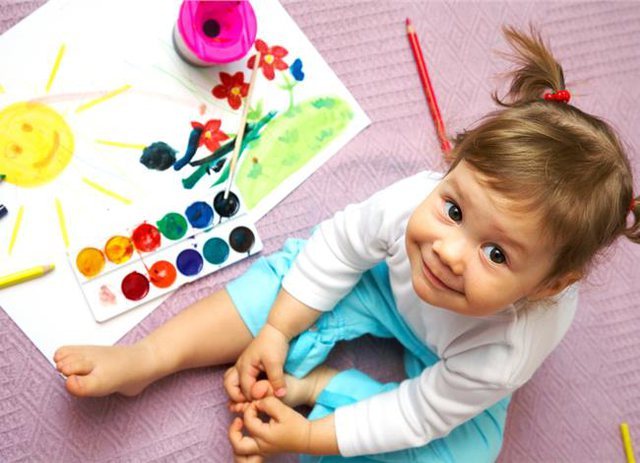 Linguistic intelligence. If he likes to deal with the language, has a rich vocabulary compared to his peers, likes conversations etc, it is best to tell as many tales as possible, buy books from different fields and encourage him to knit himself. history.

The intelligence of mathematical logic. If he likes to organize his own things, he often asks "why", and always seeks explanations to satisfy his curiosity. Give them things that they can fix and which fantasy should use. Older people will be helped by complicated crosswords and games.

Movement intelligence. If it moves a lot, it jumps, it will stay out most of the time and try to put it in motion. Personal games and then group play will help him express himself with his hands.

Natural intelligence. Likes to explore as much about nature and animals? Look at the stars, visit nature, care for an animal, take excursions and experiment with the elements of nature.

Spatial intelligence. If a book draws more pictures than text, or if it keeps drawing, your child has a very strong orientation point. Encourage him to engage in art, focusing more on the process of creation rather than on completion.

Musical intelligence. Feel the music and the rhythm? Reads aloud and knits short verses? It is good to put together stories without words. Use nature sounds or noises. Learn to use the body to make different sounds. At an older age, encourage him to learn a musical instrument.

Non-personal intelligence. If he likes to share his ideas with others and work in a group, then listen carefully and allow him to express his feelings.

Personal intelligence. If he likes to spend time alone and calm down, let him, because people with developed personal intelligence will become excellent psychologists, teachers and social workers in the future. Give ideas on what to think about: society, truth and lies, life and death, etc.