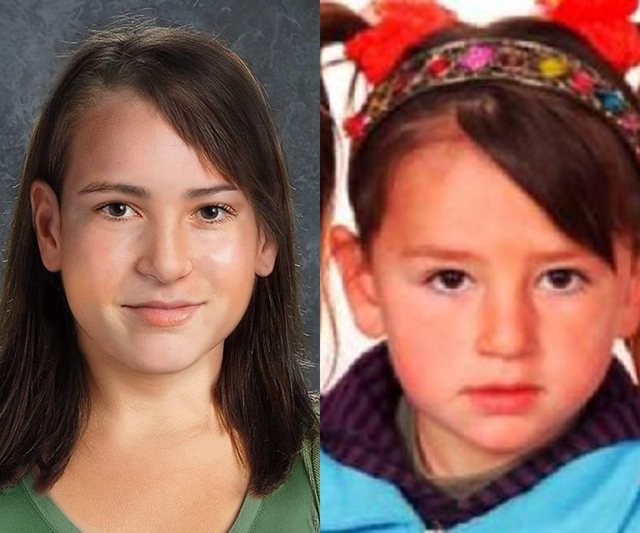 A Croatian national who allegedly abducted 4 children from northern Macedonia was caught in Zagreb and detained by Croatian authorities. Croatian news reported that citizen Sadat Toskic was caught flogging 4 children, but is also accused of abducting other children.

It is suspected that in March 2010 he also kidnapped Mitat Ibrahim near Skopje and in May of that year also kidnapped Bleona Mata from Mount Pleasant village of Kukes village Zapot.

33-year-old Sadat Toskic has ended up in jail, according to foreign media reports, as on March 12, 2012, along with Croatian citizen Sanja Cristo, 35, kidnapped 4 Albanian children and registered them with fake documents in Zagreb, where no given to these four Albanian juveniles, suspected of being from northern Macedonia, and one of them may be Mitat Ibraimi, an 8-year-old kidnapped in front of his backyard in his village near Skopje.

Northern Macedonia journalist Nevrij Ademi in a direct link to moderator Odeta Dume has confirmed the news and reported other details. â??This Croatian citizen named Sadat Toscic is suspected of having entered our territory several times and understood the purpose, that of kidnapping children. I have tried to do some verifications here in Macedonia also through the police, but I have also spoken to the inhabitants of the little Mitat Ibraimi area. The police have not yet given us an official response and we will have it in the coming days. But when they see the photo and the news, some confirm that they know it as a face, others don't.

No doubt our institutions were informed by Croatia of the four children abducted on March 12, 2012. We suspect that the children were returned to the family here in Northern Macedonia and the names were never made public by the institutions to maintain their anonymity. minors. The problem is that Croatian news reports that citizen Sadat Toskic was caught flogging 4 children, but is also accused of abducting other children. We suspect that in March 2010 he also kidnapped Mitat Ibrahim near Skopje and in May of that year he also kidnapped Bleona Mata from Mount Zapotimi in the village of Zapot in Kukes, â? said the journalist.

The "No Trace" newsroom, in co-operation with colleagues in northern Macedonia, has already launched intense investigations into the news to shed light on the importance of revealing the names of other Albanian children abducted by this criminal group in Croatia. /

Bleona Mata was only 6 years old in 2010 and lost contact with her family in a very strange way, as she was accompanied by 5 other girls at the time of her loss.

All the girls were Bleona's cousins, and her family accuses her of losing the baby who is now 15 if she is alive.

I talked to the Kukes Police Director, prosecutors, and in Tirana I also talked to investigators at Serious Crimes. Bleona's case has reached Parliament and around the world and my daughter is still not found. I still can't believe what country we are living in, as my daughter is still missing and the other 5 girls are still at large when they are criminals for Bleona's disappearance.

Investigators tell me we're looking, we don't close the Bleona case. Did you talk to these girls during this time? I talked to my ex-sister-in-law. Two months ago I also met Rudina and said "shame what you did to Bleona". She told me that she did not know what had happened to Bleona because the family had taken her and sold her. According to her, the last person to accompany Bleona is the Family (my ex-brother-in-law's granddaughter). The person who took her to the center of the village is the Qamilja. She knows where my daughter is while the state has fallen asleep.

A photo of how Bleona might already look has been published recently as all the time the family has been told that the girl has been seen in one place or another.

An Albanian from northern Macedonia was arrested shortly after claiming he had information about the girl and giving her money, but he later admitted that he had only done so for monetary gain./tch/