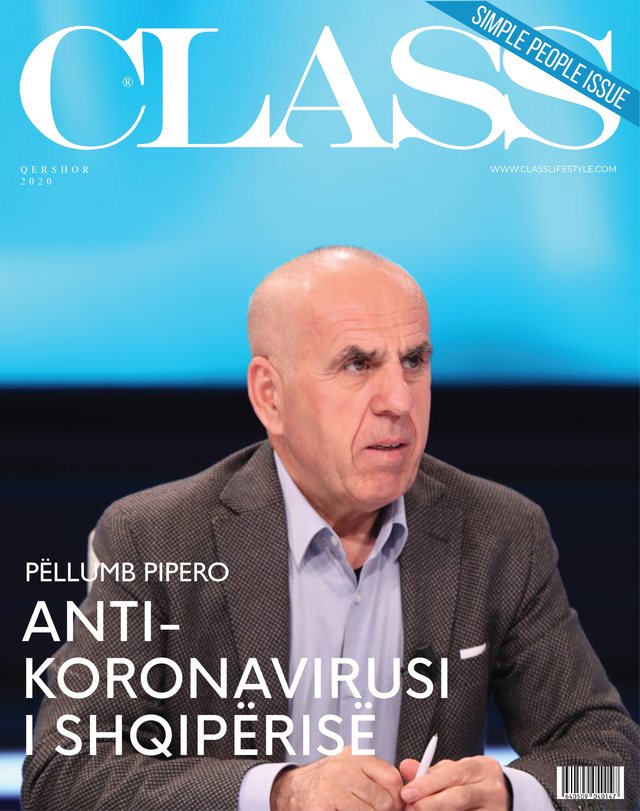 There comes a moment when something pulls like a magnet towards an absolute focus ... Something happened to humanity, the whole world, Albania as an inseparable part of the phenomenon, which "shocked" the existence of all of us! It was early March when the isolation began and the first cases of coronavirus appeared in the neighboring state of Italy and then in our country. Nothing was clear, the panorama still seemed blurry about what awaited us, but we all felt the consequences of the fatal blow that Covid-19 gave us. Figures peaked, hospitals were filled with patients, official numbers of positive cases were calculated at any moment, on the other hand science was trying to come out before pandemics to understand the "genesis" of revenge of this invisible enemy that no one had designed on the field. the daily battle between life, work, family, and other commitments that today have nothing in common with that of before March 12 this year ... Because our balances have changed, suddenly!

Now, as if the danger has passed and the peak of infections has been overcome, the chapter of Covid-19 and all this pandemic made us focus on those ordinary people, who are on the front line of the war, who never have not sought fame, the front pages of newspapers, covers, those who have not "occupied" TV studios with protagonism, are some of them who have not raised the "flag" of being famous, because work and professionalism puts them on even more secure ground. For Class, this is an extraordinary moment, a different experience that "escapes" the glory of VIP protagonists, to focus on those who have a different identity, very far from those of celebrities ... This is a moment to say : Thank you!

Thank you, not only to the infection doctor PÃ«llumb Pipero, who at every public appearance during the days of isolation was there resilient, with the slightest tone, but with the imposing model of the professional that you could listen to with pleasure at any time, to "calm down" waters on every day the risk of increasing the curve of the infected. Almost every Thursday, Dr. Pipero had his place of honor on Blendi Fevzi's show "Opinion" on TV Klan, precisely because of his professionalism and unparalleled dedication, always ready to answer any question of people, interest. of the public for any ambiguity, fear, he was there in front of the moderator to de-escalate the situation where the strangest feelings were mixed together, from fears to insecurities. And, Pipero is not the only hero on the front lines of the war, to whom we are grateful for the extraordinary work during the days of pandemic, a commitment which continues to this day because the virus has not escaped, it is still there! A "Thank you" to all the white T-shirts and their humanitarian mission, especially in these bad times we are going through. Until the day when Albania will not mark any new case with Covid-19, it will be our "victory", but above all of the white T-shirts, of those who were the first there to ensure the health of their patients. . Like Pipero, full of professionals who were in daily confrontation in the "arena" of war with the invisible enemy and still continue today, a "Thank You" is very little, in the face of the challenges and trials in which this pandemic has placed them for months. . Pipero, typical of Albania's Anti Coronavirus, came to the public's attention as the most trusted voice and figure in the difficult days of isolation from the virus and beyond! 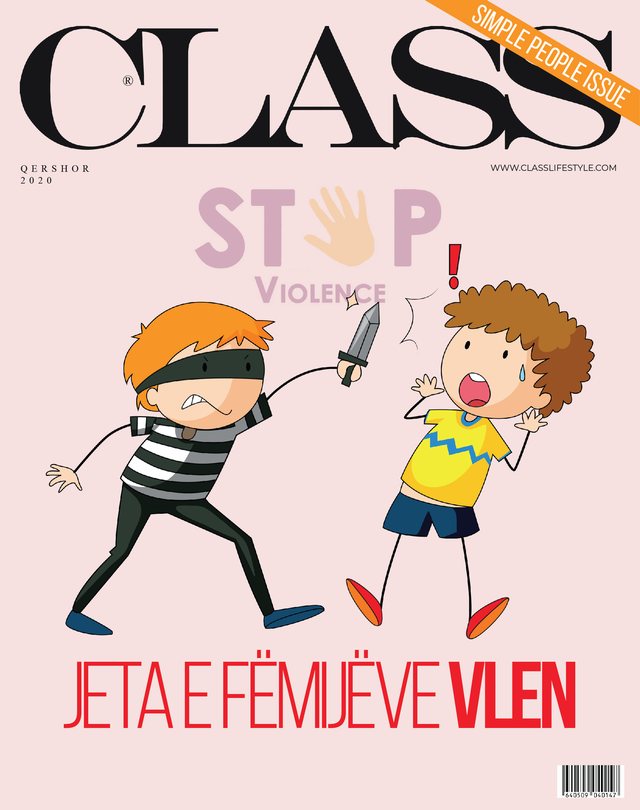 And then when it seemed that the pace of normalcy was knocking little by little on the lives of each of us, many events followed and appeared not only as a deviation of Albanian society, but for a moment made us forget the invisible "enemy". with whom we had coexisted and still continue to do so for months, like almost the rest of the world. The violence, the rape of a 15-year-old minor by a school guard in the Paskuqan area on the outskirts of the capital, came as a strong "slap" to remind us of the screaming issues that often fade in the daily lives of each of us. normal, but whenever such cases appear, not at all sporadically, but as bitter truths, they make us believe that insecurity in the world we live in is the card of the maniacs who 'brood' in the shallow reality they find, making further victims. , young, vulnerable girls who have a fragile family history and are surrounded by peers who are often a potential danger.

Sarah, this is the only identity we know through the news and social media of the minor who was threatened that her name would be written on the walls if she refused to have sex with the 65-year-old school guard and her two classmates.

Screaming as a phenomenon, not even how many whole associations and organizations operating in Albania stood up in defense of the rights of women and girls, of minors! With the slogan "Stolen Childhood" hundreds of women and girls, young people, public figures in the country became partners in the peaceful march held in "Mother Teresa" square with the sole mission that tomorrow there will be no more Sarah, unfortunate and victims of an abusive society where it is a shame to talk to parents about likes, dislikes, harassment, provocations, about the abnormal things that can happen to anyone. When a girl, a woman, a mother is raped or raped, a life, a family, a society is shaken.

In Tirana, protests were held for all children and girls whose childhood was stolen, against abuse, rape and violence. Every seven seconds in the world, a girl under the age of 15 marries, often forced by her parents, into a marriage with a much older man. Every year there are about 15 million girls and 4 million of them have not turned 15 years old. And thatâ??s a shocking fact! Therefore, Albanian women and girls were numerous in Tirana that day in peaceful protest with placards in their hands and with strong messages, the female sepe was raped, her dignity was violated, integrity was reduced, the desire for life and the meaning of the future were forgotten. . The mindset that needs to be fought, the trauma that deepens throughout life. The victim is never guilty, at any time, under any circumstances. 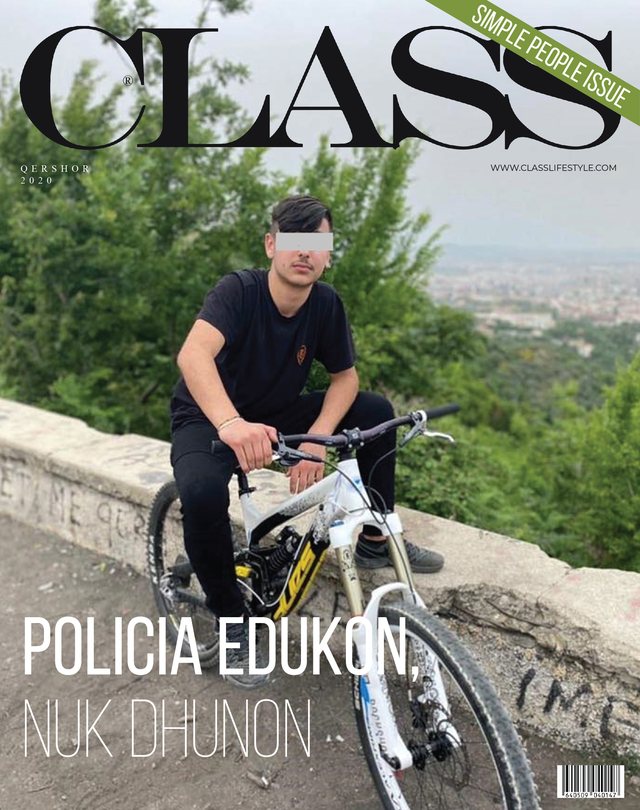 But the young man who was raped by several police officers in the capital may have been considered a victim of violating the traffic schedule during quarantine days. The odyssey of the events that followed, after the video was made public, continues today, at a time when Serandi's mother, the boy raped by the police, is seeking justice for her son. The police educate, do not violate! Developments culminated when State Police Director Ardi Veliu unveiled a video of the mother of 15-year-old Zaida Ã?obo, where she was shown with a pistol in her hand, a video which later resulted in a bluff because the lady was part of the script. of the film where she had performed. Mr. Veliu published the video to give another panorama to the public, with the idea of the problematic family from which the boy comes, but nothing justifies the violence of the police forces against the minor. Of course, this event made many people who have the role of parent in this country, believe how vulnerable the child is, that tomorrow he may be my child, yours, the other's, each of us! The police we want do not violate! The police protect! The police educate! Models of verbal or physical violence should never be an example to a society, especially when it comes from instances that should practically provide support and never the other way around! Like the police in the United States, in the land promised by a democracy that is not as fragile as ours, but very solid, the flagrant case of the murder of George Floyd, the African-American who the policeman put his knees to his throat until before he passed away, George was heard saying in a low voice, "I can't breathe," "I can't breathe!" George Floyd rose to his feet in America and led seven states to early elections. The cause of freedom and the rights of people of color in white America, has once again brought to attention the racial differences that occur every day there. Even among Albanians, we have gone through different types of discrimination over the years, beyond that of skin color or racial.

"Darkness cannot drive away darkness, only light can do that! Hatred cannot drive away hatred, only love can ..."! This is not a clichÃ© expression, but a phrase detached from Martin Luther King's book, i written nearly 100 years ago with the title: "Force in love"! George Floyd, Martin Luther King and the paradox of a transformational change that comes so current and vital nowadays are not two separate statements from each other, on the contrary! These are two great truths that coexist even after so many years of human existence, history of democracy, and not only ...