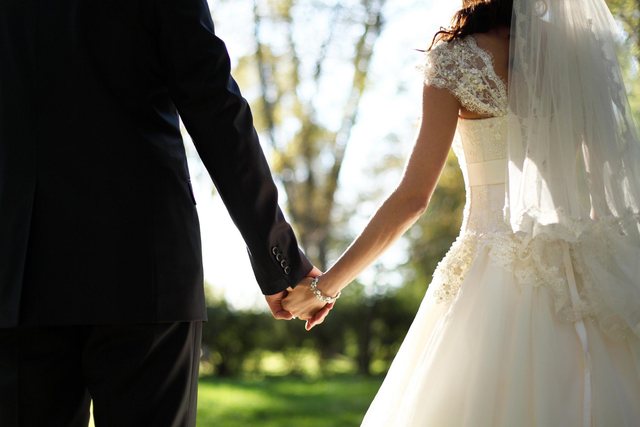 'I told you I was bisexual', these people confess what they would like to have done before marriage

Is there a good time to fall in love? For some people, Cupid hit too early, regretting things they hadn't done before they got married. Below we summarize some of the most interesting stories on Whisper.

"I wish I had had a child before I got married. My husband is very good, but he has 4 children and has closed it with raising children. I sacrificed being a mother to her, but I wish I had had one before marriage. ”

"I wish I had lost more pounds before I got married. I look at the wedding photos and I want to cry for my body. ”

"I would just like to have graduated before I got married. I feel like I'm stuck with my husband, even though we're not going because I haven't finished school. "

"I'm sorry I didn't realize how serious my husband's mental illness was, and now I'm stuck. We have been together for 20 years ... not necessarily because I want to be with him, but because he has no one to be with. ”

"I wish I had told her publicly that I was bisexual before marriage. I feel that a lot of people see me differently now that I'm married to a man and I've been open about my bisexuality. "

"I wish I had known my husband's family better before marriage. They are very impatient and I'm not sure if I would have married him if I had known them since then. "

"I wish I hadn't waited for marriage to have sex. I feel angry with my husband for this, even though I know it's not his fault. "

"I regret that I did not know my husband better before I got married. I think it would have made our marriage much easier, because it has been a real challenge. "

"I wish I had traveled more and had a homosexual relationship before marriage. I often dream of going back and doing both of these things to meet my husband. ”

"I would like to have a premarital agreement. I'm afraid one day we'll break up and she'll get everything I've gotten to work. "

"I regret that I did not wait any longer to get married. I was in a hurry! Everyone says, 'How beautiful, love high school.' But that's probably the biggest mistake I've ever made. "

"I would like to have loved myself in the beginning. That made things very difficult in my marriage, because I really believed that no one loved me. "