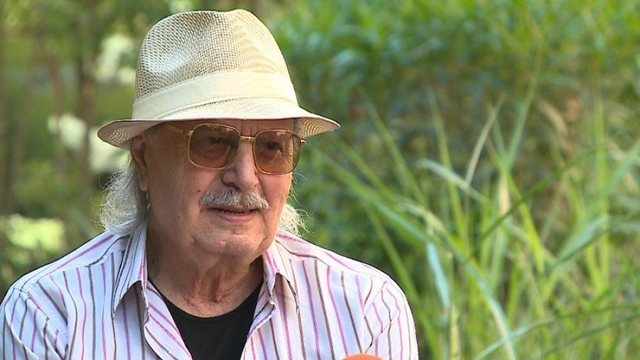 Well-known director, Muharrem Fejzo lost his life in the early hours of this morning at the age of 87. The director was affected by Covid a few days ago, while in recent days his health condition had deteriorated.

This sad news for the Albanian cinematography was shared by his son, Joe Fejzo. He posted on his Facebook profile, a photo on the hospital premises, accompanied by a touching dedication. 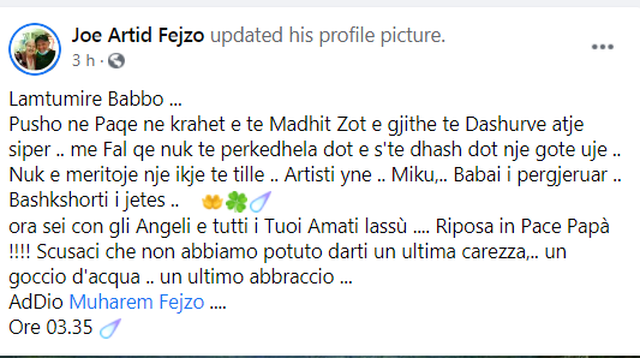 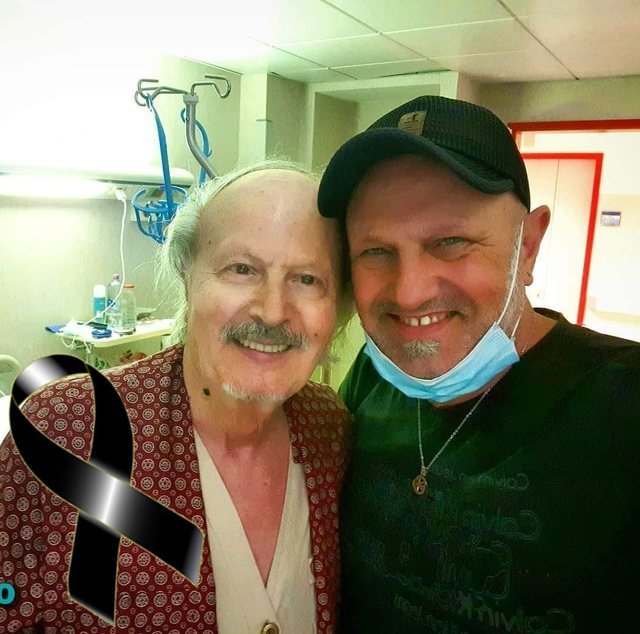 Hours before his father passed away, he begged him in writing not to give up. Muharrem Fejzo graduated from the Artistic High School for Sculpture in 1954. Initially he started working as a scenographer in the operettas "Rusalka", "The Sold Bride". He has realized several busts in Albania, such as that of "Mrs. Çure". In 1966 he graduated as an actor and further as a director at the Higher Institute of Arts. He has directed the most important films in our cinematography, such as "Learning", "Living Wall", "Fire Operation", "Bitter Spring", "New Mornings". He held the titles "Naim Frashëri" and "Grand Master".