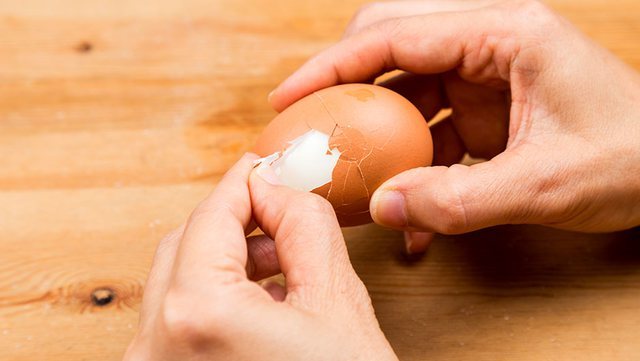 Boiling eggs is not the hardest job you can do in the kitchen, but on a messy breakfast, it can also happen. There are people who can never determine the cooking time of an egg, because the yolk always remains liquid. It is not known how much time is enough, they often act with conjecture.

Despite its name, a boiled egg should not be overcooked (so as not to lose its nutritional value).

How to boil eggs

1. Put the eggs in a bowl (pot or deep frying pan). The container should be large enough for the eggs to have space between them and not collide with each other.

2. Pour cold water until the eggs are completely covered.

3. Set the fire to medium, neither low nor high.

The last group of eggs, ie the very boiled ones, have a very simple way to peel. After removing from the heat, where you left it for at least 11 minutes, put the egg in a glass of cold water. After shaking it several times in the glass, the peel came out on its own. Watch the video.