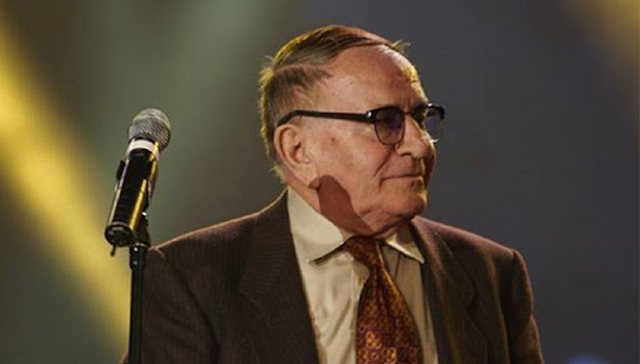 Well-known composer Agim Krajka has passed away at the age of 83.

The news is announced by his son, who has shared the sad news about the separation from life of the man who gave a lot to Albanian music.

"I wish your soul rest in heaven our dear father", writes his son, Ulis Krajka.

Agim Krajka was born in Kavaja, on May 3, 1937, in a family of Dibra origin. His father played several musical instruments, such as violin, mandolin, accordion. Agimi's love and passion for music was born in his childhood, which was nurtured by his father.

He has written music in many genres and has become famous for both light and popular music, elaborated and orchestral. He has composed many orchestral pieces for the accordion and hundreds of light music songs.

He has participated in many music festivals until the last festivals of the '90s, starting with the famous song "Lemza", sung by Vaçe Zela at the First Radio Song Festival in 1961. He has been honored with over 15 awards. .

In addition to the above works, he has delivered many dance motifs which have been honored with first prizes such as: Librazhd dance, Tirana dance, Cham dance, etc.
For his activity and artistic contribution he has been awarded with prizes, orders and medals and holds the title: Grand Master ".