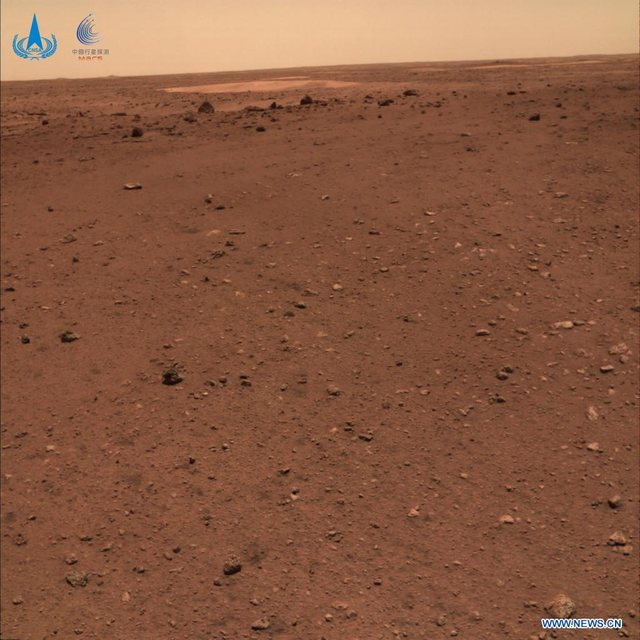 China has unveiled new photos of its rover on Mars, which has explored the surface of the red planet. The state media called this a sign of the mission's success.

Rover Zhurong, named after a fire god in Chinese mythology, landed in the Utopia Planitia region on March 15th. This is China's first mission to Mars, making it the second country to land a rover on the planet, after the United States.

The rover sent its first images of March in May, a few days after landing, showing a steep slope and the flat landscape where it arrived.

The new photos this Friday included a 360-degree panorama of the landing area, combined with a number of images the rover took after landing, before it began moving through the area, according to the state-run Xinhua news agency. Another image showed the orange surface of Mars, with scattered rocks, a circular crater on the far side, and dunes in the distance. 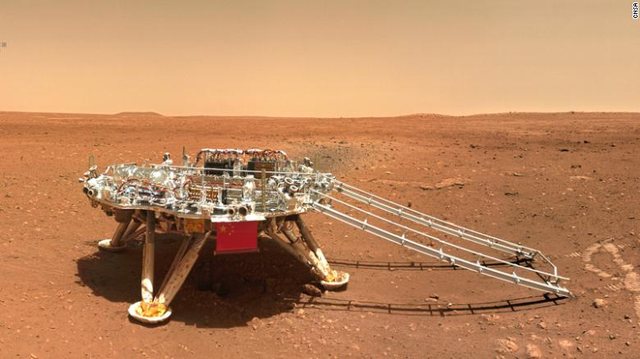 A third image shows the Chinese flag near the landing platform. Rover also took a selfie using a wireless camera.

The "walk" of the six-wheeled rover with solar energy is intended to last three months, during which it will look for signs or evidence of ancient life on the surface of Mars. As the rover explores the planet, its orbiter is also conducting scientific reconnaissance operations.

"China will publish the relevant scientific data in due course, so that humanity can participate in the fruits of the development of the country's space exploration," said Zhang Kejian, head of China's national space agency, in the Xinhua report.

Zhurong is not as technologically advanced as NASA's Perseverance rover, which is currently orbiting Mars, but its presence sends a clear signal that China's space capabilities are overtaking those of the United States.

Chinese astronauts have long been excluded from the International Space Station. One of the country's ambitions is to build its own space station and has begun to take the first steps to achieve this. 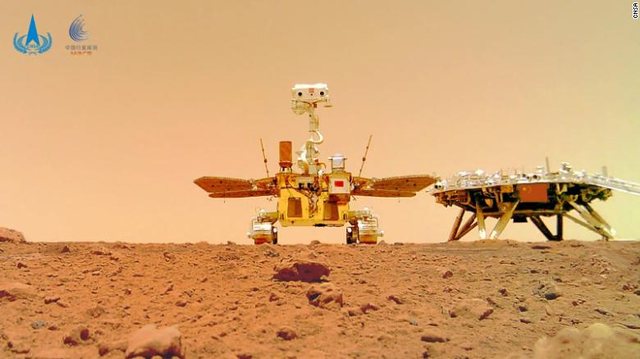