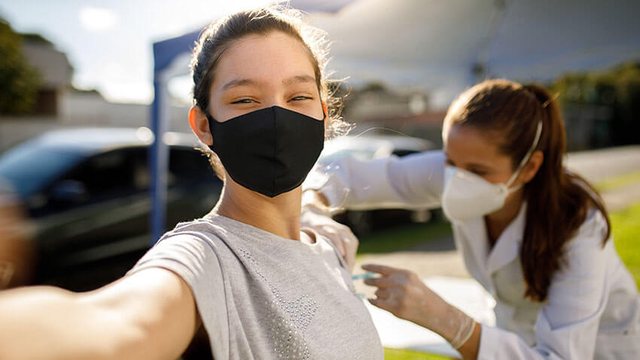 Younger people hospitalized for treatment with Covid-19 are just as likely to have complications as those over 50, a new study has found.

Four in 10 of those aged between 19-49 had kidney, lung and other organ problems during treatment.

The study was conducted on 73, 197 patients of all age groups in 302 hospitals in Britain during the first wave of Covid-19 last year.

“The message is this; The virus is not just a disease of the elderly and infirm, ”said Prof. Calum Semple, who led the study.

"The data reinforce the fact that Covid is not the flu and we are also seeing young people coming to the hospital with serious complications, some of which will require further monitoring and long-term treatment in the future."

The study, conducted by researchers at seven UK universities, the Department of Health and Social Welfare and Public Health in the UK, looked at the number of "complications" in those in need of hospital treatment, defined as a specific organ-specific medical diagnosis. .

Overall, about half of all adult patients suffered at least one complication during their hospital stay. The most common was kidney damage, followed by lung and heart damage.

The highest rates were in those over 50, with 51% reporting at least one problem.

Complications were also "very common" in younger age groups. About 37% of ages 30 to 39 and 44% of ages 40 to 49 had at least one complication recorded by nurses during their hospital stay.

Doctors are not yet sure how Covid can cause organ damage, but it is thought that in some cases the body's own immune system can trigger an inflammatory response and damage healthy tissue.

The study, published in the medical journal The Lancet, found that those with comorbidities were more likely to report complications but the risk was also higher in young, previously healthy.

Research showed that 13% of young people aged 19 to 29 and 17% of people aged 30 to 39 hospitalized with Covid were unable to take care of themselves after leaving, and needed help from friends and family members.

The study was conducted in the first wave of the pandemic between January 17 and August 4, 2020, before vaccines became available and new variants of the virus were discovered.

The authors said the data suggested that those with more severe symptoms of Covid-19 during hospital admission were more likely to suffer serious health problems, indicating the importance of vaccines in reducing the aggressiveness of the virus.

The study was conducted only to look at short-term complications during hospital stay, but there is evidence that some organ damage may persist, becoming part of what is known as 'Long Covid' ./ BBC / monitor /