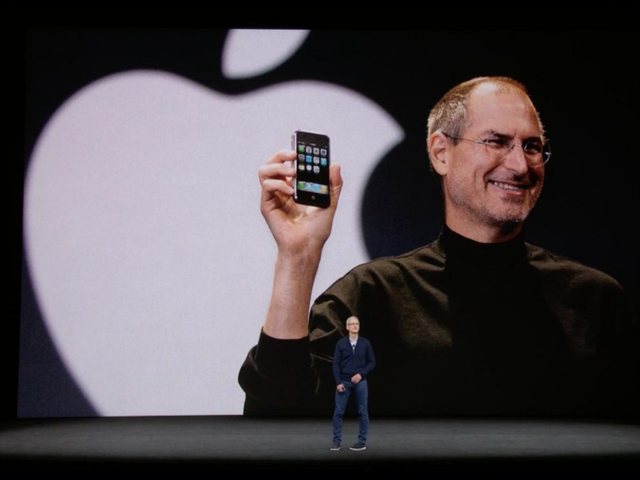 Steve Jobs is widely regarded as one of the greatest tech visionaries of all time. The company he founded is currently worth more than $ 2 trillion, the most valuable in the world.

Jobs's legacy is beyond doubt. Apple has continued to thrive even after his death, on October 5, 2011. The value of shares purchased 10 years ago has risen over 1,100%.

However, although many of his predictions for the future came true, he also erred in some.

Computers and the web

In an interview with Playboy in 1985, Jobs said, "The most compelling reason for most people to buy a home computer will be its connection to a nationwide communication network." At that time, computers were mainly used for work purposes, even this was rare.

"You know something is happening. You do not know exactly what it is, so you will want to learn. That will change: Computers will be essential in most homes.

One of the consequences of being stuck in that universal communication network is being overwhelmed by a flood of information, another thing Jobs saw coming.

Larry Page and Sergey Brin started working with Google the same year, and while Jobs saw that the web would bring more information to people than ever before, he did not fully realize how addicted to the internet we would have become. for daily tasks.

Jobs realized that the web could revolutionize one industry perhaps more than any other: commerce.

He predicted that retailers would be the biggest beneficiaries of the digital switchover, telling Wired in a 1996 interview: “ People will stop going to many stores. They will buy things online! ”

However, in the same interview he downplayed the effect the web could have on publication. Along with retailers like Amazon, social media firms have continued to dominate the web.

On the same line, Jobs knew that the almost instantaneous flow of data on the Internet would completely change the pace of daily life, giving an analogy in the same 1996 interview.

No one wants a fountain pen

Some of Jobs' predictions have been used to defeat Apple CEO Tim Cook and chief design officer Jony Ive. The most infamous example of all is the disgust of the Apple co-founder towards the fountain pen.

When the Apple Pencil was launched alongside the iPad Pro in 2015, the mocking comments Jobs made nearly a decade ago were recycled at Apple expense.

Of course, Jobs' rejection of the fountain pen was later deemed necessary, as the screen of his phone and tablet was constantly expanding.

Jobs was adamant that hand-held devices should not exceed a certain size. He also compared large-screen phones to Hummers, saying "no one" would buy one so big that "he could not pick it up by hand".

In a 2003 interview with Rolling Stone, Jobs expressed a strong view of music subscription services. Spotify did not exist at this point, but Jobs was clear on the idea. "People do not want to buy their music as a subscription"