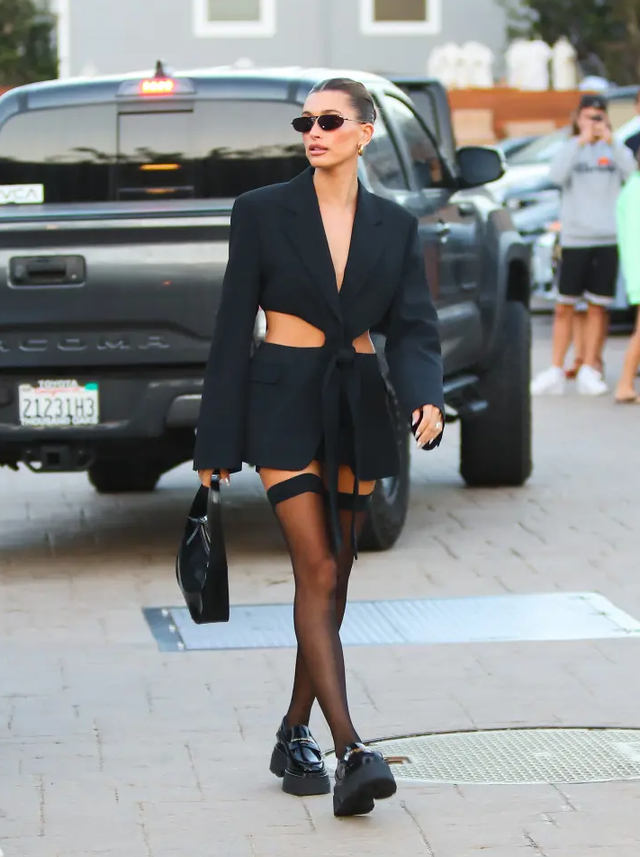 Hailey Bieber is known for viral trends on social media and the latest was the "glazed donut" nails this summer, which got many girls hooked.

But Bieber's "glossy brown lips" have not been met with the same enthusiasm.

Hailey shared her make-up on TikTok with the caption, "ready for all things fall, including glossy brown lips" - and after that, a number of commenters are judging her for cultural appropriation.

Bieber created her lip look using a brown pencil and colorless gloss — though she didn't claim to have invented the effect, she also didn't mention the fact that women of color have been using the same lip color for decades.

ready for all the fall things including brownie glazed lips ???????

In a clip that has amassed 2.4 million views so far, TikToker Benulus said she constantly gets negative comments about her glossy brown lip look before taking aim at Bieber.

@benulus This comment is just ONE example of the daily hate comments I get about my lips. #haileybieberlips ? original sound - Benulus

In another post, TikTok user ZZHilton said: "It doesn't work when you try to make a brownie lip pencil your idea and call it a 'brownie' lip color when it's clearly made by women of color considering how long black women had to fight for brands to stop naming darker shades after foods.”

Well, not everything went so smoothly this time, Hailey!