Well-known clothing brands have significantly revolutionized the lifestyle of Albanians at least in the last decade. In fact, if you compare them today 10 or 15 years ago, Albanians dress better, with more reasonable prices and with international brands, just like all other Europeans. This is undoubtedly possible thanks to successful and mutual cooperation, as is the case in question, between the country's largest shopping center, TEG , and the world-famous Inditex company.

Inditex is one of the world's largest retailers in the world, with eight brands, among which are the renowned Zara, Pull & Bear, Massimo Dutti, Bershka, Stradivarius, Oysho, Zara Home and UterqÃ¼e. Almost all of the above brands are present in TEG . Inditex sells to 202 markets through its online platform and is present with over 7,000 stores in 96 markets.

The Spanish company has launched its long journey in 1963 when it started as a small family business in a women's apparel. Over the years, the size of the company may have grown, but one thing has remained fixed, placing the consumer at the heart of everything that it does. Because TEG is the fashion destination in Albania, the country is home to all trends in clothing, colors, patterns, pieces, design, etc. The Center not only has the widest portfolio of international brands in clothing, but also has the most good of the latter to focus on every age, taste, requirement, and budget that customers may have available.

So it was not like otherwise because it is the TEG , who has provided the exclusive presence for Albania of the Inditex brands that are among the most sought after in the world and concretely: Zara, Massimo Dutti, Bershka, Stradivarius, Zara Home and Pull & Bear .

â?¦ The same standard as those of world brands and a success story

The presence of international brands in TEG aligns centered policies with European or global ones. In this way, center offers follow the seasonalities that have clothing in other countries as well. Starting from the introduction of new collections, which happens exactly at the same time as in other countries, the start of the seasonal downturns, seasonal discounts or even the composition of the collections is in the same line as anywhere else Inditex brands operate.

So it can be said that the world glasses are in TEG . In short, customers in Albania buy the same quality that buys an Italian, Spanish, German, or American, with the same discounts that the latter benefit in the same period in the respective countries. Working together as a global company focused on key elements of the fashion industry, such as design, manufacturing, distribution and retails, Inditex brings customers closer to the products they want at affordable prices.

The success of the first Inditex brand, Zara, was accompanied by an international expansion in the late 1980s and the launch of new brands, which have an integrated model of online retailers and platforms. 57% of the factories of this group are located near the headquarters in Arteixo, Coruna, Spain. The company operates with 1,824 suppliers and 7,210 other factories around the world. It has invested 46.2 million euros in social programs around the world only during the past year. Precisely within what TEG offers and the function that centers in the fashion field, recently it has gone beyond offering styles and clothing, with a magazine that the center distributes free of charge to anyone who wants to be updated and to fashion enthusiasts. The magazine is called "Influencer" and is intended precisely to inform about the latest fashion. And beyond the information, the center offers everything that is advisable for fashion, from color combinations to accessory accessories as well as latest trends. The magazine is currently in its first issue but is a publication that will be published at least twice a year, according to the periods of presentation of the main collections, namely the summer and the winter.

When buying an international brand at TEG , it certainly has all the highest guarantees and standards not available in other markets in Albania or informal vendors in the country. Additionally, in these hot summer days it is very difficult to make open air purchases, so the experience and satisfaction that customers receive from the center's attendance, from the conditioned environments, entertainment events, gastronomy etc., make the choice their rational choice. 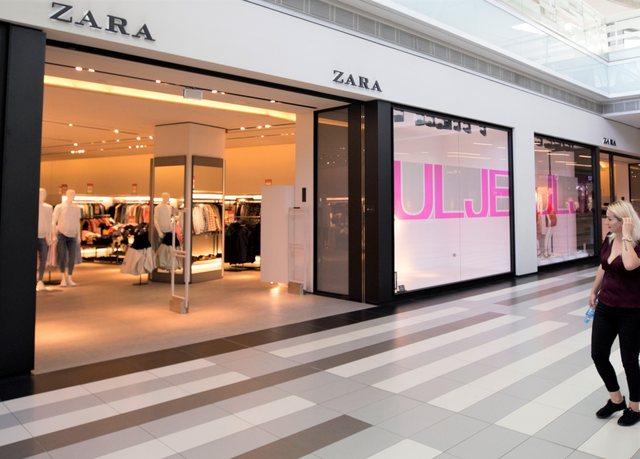 TEG , which was visited by about 9.6 million visitors last year, is managed by Acrem, part of G Balup Group, the largest and most innovative investment group in Albania and one of the largest in the region, known for its investments also in shopping centers such as QTU and SEG , residential and commercial development developments, in tourism projects such as Green Coast Resort and Vala Mar Residences, in the fashion and mining industry with AlbChrome and Newco Ferronikeli, in the Tirana Banking sector and in retail sales activities with Spar, Jumbo, Neptun, etc.